AME Infinity Edition Excerpt: Awake, When and Why

When and Why to do an Awake Tracheal Intubation

An awake intubation should be considered primarily if serious doubt exists about whether the clinician can easily take over the gas exchange a patient is presently doing for him- or herself.  There are two broad categories of indications to consider awake tracheal intubation in an emergency:

The distinction is important because as discussed in table 2, VL may be an option for awake intubation of some of the former group, while the latter group will often require flexible endoscopic intubation (FEI).

Predicted difficult physiology.  Even with favorable airway anatomy, some patients present physiologic issues that may favor an awak intubation.

Hemodynamic instability: With significant hemodynamic instability, concern may exist over the effects of RSI induction agents on the blood pressure. While careful choice of induction agent and dose, together with a fluid bolus and/or the pre-emptive use of vasopressors and inotropic agents will often enable safe conduct of an RSI in this situation, an awake intubation is a second option to help maintain blood pressure during tracheal intubation.
Apnea intolerance: This can occur in two clinical settings:​ 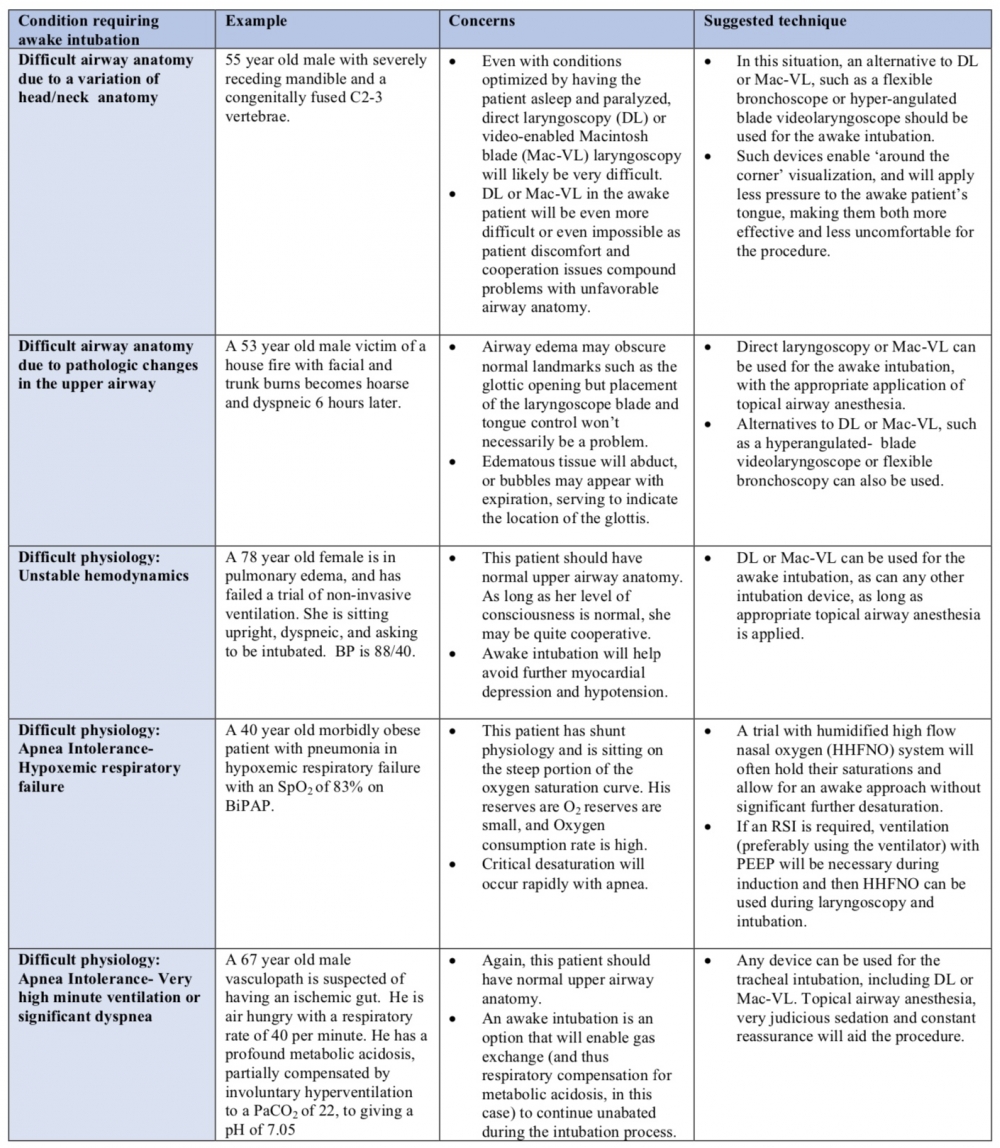